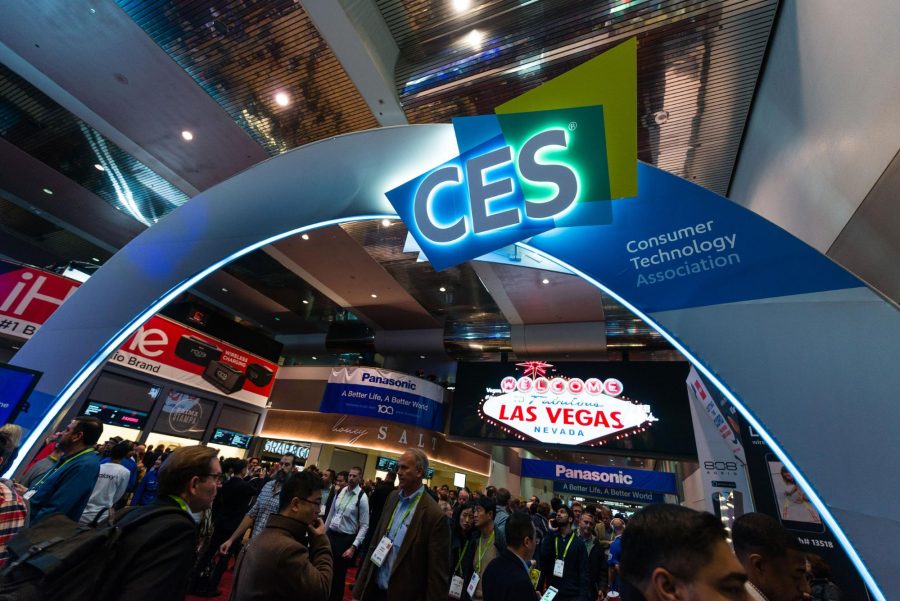 Word leaked the day after CES about another #MeToo moment from the tech industry, and one that’s salacious enough that it’ll probably be more than a one-day story. There are a number of booths here promoting, shall we say, toys for an adult audience (we’re being vague in part to avoid triggering overzealous spam filters). This happens every year, and it’s no big deal—the products only catch my attention if they’re truly ridiculous (which is frequently), and it’s unlikely any such items would ever see publication in TidBITS. But this year, one of these products won a CES Robotics Innovation award during the judging in September 2018.

But the Consumer Technology Association rescinded the award a month later, although the story didn’t break widely until after the show closed. Apparently, the CTA decided that it’s okay to make millions of dollars renting show space to makers of adult products—and until a decade or so ago, to have CES also be the biggest show of the year for the pornography industry—but no way could any of these products win an award.

Worse, this company wasn’t even allowed to exhibit at CES 2019, raising the point that this gadget is only for women, and many people think that a similar product aimed at men would have passed muster. I’ve seen such products at CES before, and one exhibited at ShowStoppers—which is not affiliated with CTA, but certainly is reported as CES news. It’s doubly a problem because the firm in question is headed by a woman and has a mostly female staff of engineers. At the very least, it’s a tone-deaf move on the part of CTA. The good news is, if the firm has a solid PR staff, they can say “we won a CES Robotics Innovation award for a month,” and have it be just as good for their marketing.

I’ve seen several products here to help diabetics monitor their blood sugar, but my award for most innovative goes to AerBetic. Instead of a needle, patch, or implanted device, you wear the AerBetic monitor as a bracelet, pendant, or clip. It detects one part per billion of certain gases indicative of hypoglycemic and hyperglycemic episodes, which means it can determine whether blood sugar is low or high simply from your breath—and no need to breathe on the device. Did you know you walk around in a cloud of your own exhalations? The intent is to embed the sensor in things that children or seniors, who are often resistant to other devices, would be willing to wear regularly. Currently in clinical trials, AerBetic expects a release date in 2020 with pricing in the vicinity of $500. The company is currently seeking beta testers.

Bone conduction headsets don’t cover your ears, but instead play audio by vibrating your skull at the right frequencies. Once you get past the weirdness of that, they’re great for some purposes as they don’t obstruct ambient noise around you. But because your ears are open, these headsets make you look like an oddball in public—”why are you wearing that bulky headband?” AfterShokz plans to solve this issue later this year with the OptiShoks sunglasses, which look perfectly normal and conduct audio through the temples. But I have reservations about how good they’ll sound—because it competes with ambient noise, the quality of bone conduction audio is never as good as even that from cheap earbuds, and these will have a lot less contact with your head than other models. (It’s impossible to judge any bone conduction headsets on the show floor; the ambient noise is way too loud.) No word on whether the OptiShoks can be ordered with prescription lenses, but based on the form factor, I’m guessing not. They’ll be available for pre-order on Indiegogo in February 2019 for $99, with retail pricing at $179. 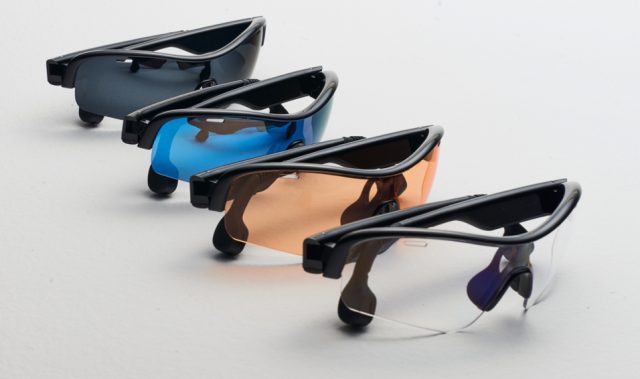 A buddy of mine got a notification two weeks ago that a delivery guy, misunderstanding the words “signature required,” had left a box containing three iPhones on his front porch. Cue his abandoning work to drive home at top speed. If you’ve had (or fear) the same problem, consider the Parcel Guard (which is easier than building a glitter bomb). It’s a beefy-looking smart mailbox connected to Wi-Fi that sits outside your house—somewhere near an AC outlet because it requires power. It uses a motion sensor and camera to alert you when someone approaches. Leave its empty compartments unlocked, and a weight sensor will tell you if something is dropped off. Or lock the compartments, and use an iPhone app to open one for your friendly postman to use. A loud alarm sounds if someone tries to tamper with the box (and an optional premium service will record the video for the authorities). The Parcel Guard is made of weatherproof industrial-grade plastic, has a 3-hour battery backup in case of power outage, and can be bolted to the ground. It will retail for $399 but has no release date announced. It’ll handle parcels up to 15 x 10 x 8 inches (38 x 25 x 20 cm). The Indiegogo campaign has not started, but signing up for the company’s mailing list gets you a $50 discount. 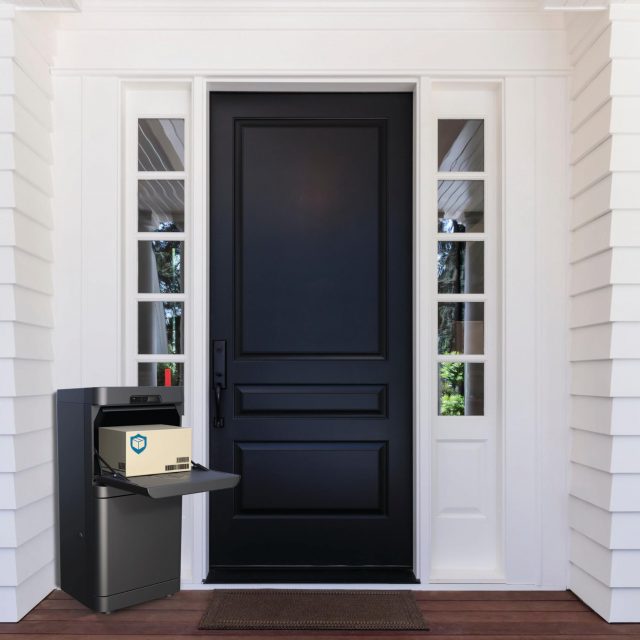 Energrid Battery for the Visually Impaired

Sometimes an innovation seems simple, but no one else has done it. The Energrid VS150X Power Bank is a $75 battery with 15,000 mAh capacity and a few tricks up its sleeve for the blind or the visually impaired. Press the button to see the usual LED lights telling you how much charge is left—but it also vibrates and optionally plays a sound the same number of times. The two USB-A jacks are reversible, so you can plug in USB-A cables without looking at the jack. Available now. 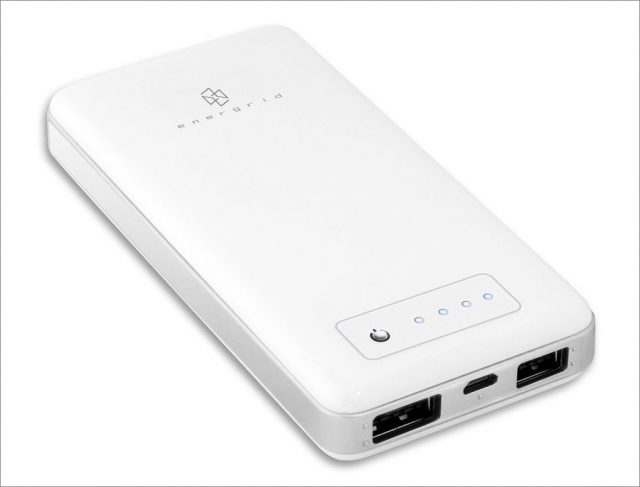 Logitech is a stalwart for interesting peripherals, and the company has introduced several such products since the last CES. For podcasters, video producers, or those who want high-quality audio on their conference calls, the Blue Yeti Nano provides an affordable USB microphone at $99 from a respected brand (Logitech purchased Blue last year). The Logitech Crayon for iPad is no secret, having been announced by Apple last year (see “Apple Releases Sixth-Generation 9.7-inch iPad with Apple Pencil Support,” 27 March 2018), but at $69 provides a cheaper alternative to the Apple Pencil, and as of September it’s no longer restricted to the educational market. The $69.99 K600 TV Keyboard offers an interesting twist: in addition to working as a Bluetooth Mac or iPhone keyboard, it also talks to selected TVs and has a built-in trackpad for all-in-your-lap control. All these products are available now. 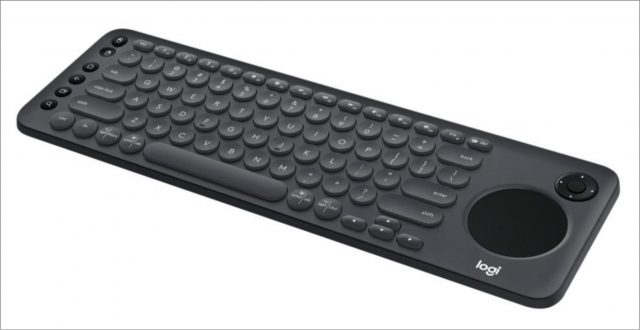 Other World Computing—known to many folks as OWC or via their macsales.com domain—is also reliable for creative ideas, but a product made partly of foam rubber might be a first. The ClingOn—not the one from Star Trek—is a stub that inserts into a USB-C port and provides a hard plastic sheath into which you plug the cable. It prevents a wiggle or pull that might otherwise disconnect the cable. It’s much cheaper than a bat’leth at $7.99 and available now. Also notable is the company’s Elite Pro mini line of storage, which to my knowledge are the first storage devices that don’t inflict a huge markup for Thunderbolt 3 support: hard drives start at $124.99 and SSDs at $169.99. They’re available now, but don’t be fooled by the word “mini,” as these drives are portable but won’t fit in a pocket (see the photo below). Also on display was the Thunderbolt 3 Dock 🎁 that I have plans to review. It costs $299.99 and has fourteen ports that I won’t list here, but I think it connects to anything more recent than a SCSI drive. 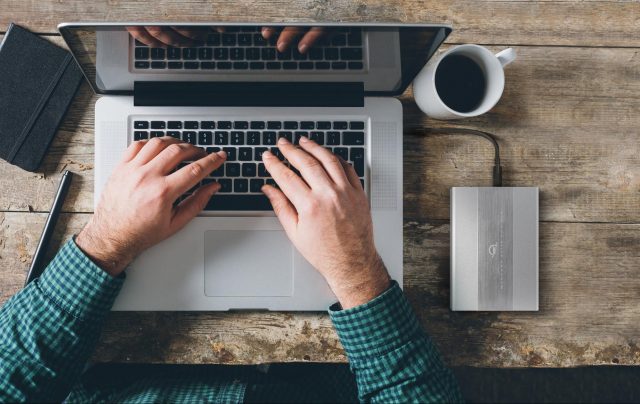 Smartwatches have been a CES hobby of mine for years, long before the release of the Apple Watch (see “Four Smartwatches Reviewed: Cookoo, Martian, MetaWatch, i’m Watch,” 31 July 2014). Now that Apple has come out with one that’s generally considered best-in-class, my criterion for interest is “what can this watch do better?”

The Matrix PowerWatch 2 has an obvious such feature: you’ll never have to charge it. It runs entirely off of your body heat and solar cells. This 47mm watch doesn’t allow custom apps but has a range of functions built in: GPS, heart rate monitoring, notifications, and integration with HealthKit for exercise measurement. It’s “water resistant to 200 meters,” which seems to me to be a contradiction—at that depth, either it’s waterproof or it’s not. For the moment, pre-orders are cheaper than an Apple Watch at $249, but the company intends a retail price of $499—which seems crazy to me. Ships in June 2019. 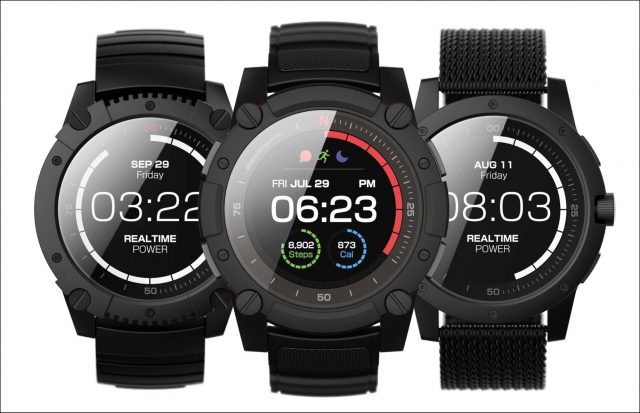 The MyKronoz ZeTime2 🎁 makes the cut based on pricing and the hybridization of a smart display and an analog watch. The watch is Swiss-designed—naturally, for a company based in Switzerland—comes in 44mm and 39mm varieties, and can last 3 days on a charge or 30 days as an analog watch with the screen turned off. It’s waterproof to 30 meters. The watch runs a proprietary operating system but is iPhone-compatible. It includes a microphone for voice commands, a heart rate monitor, and NFC for payments (although my materials don’t explicitly mention Apple Pay compatibility, which they should if it works). It’s coming in June 2019 for $199.90. Note that at the moment, the company’s Web site still prominently features last year’s ZeTime model, not the new one. 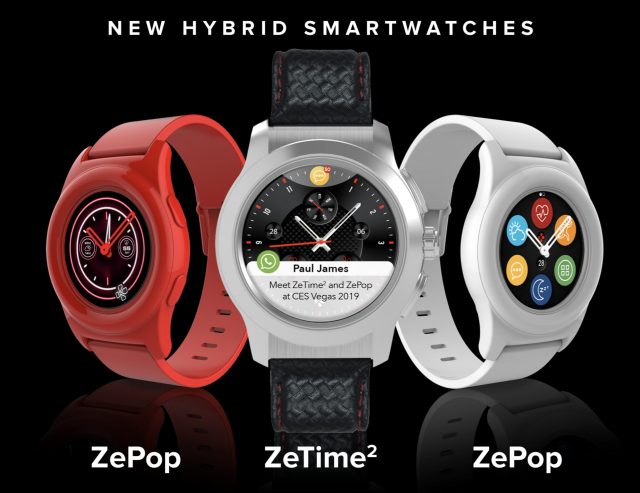 Withings aims to compete with the Apple Watch Series 4 on cardiac measurement with the Move ECG. It’s a medical-grade electrocardiogram currently under review for FDA clearance. This data, alongside the usual suite of activity monitoring, can be viewed on your phone and sent to your doctor. The Move’s display isn’t smart and you won’t get any information there except the time and your step count. Available in white or black with various color bands, it’s slated to cost $129.95 in Q2 2019. 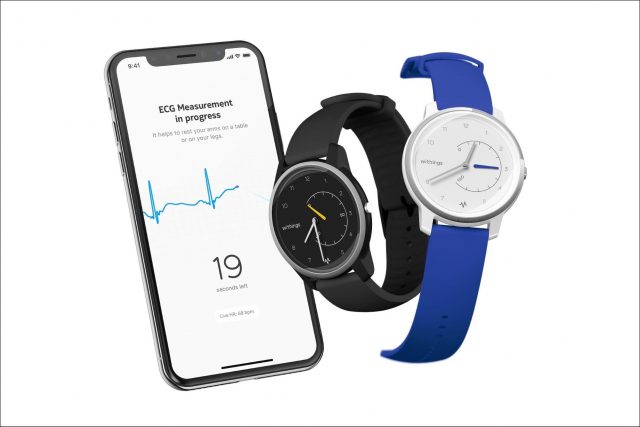 Lexon Bluetooth Speaker (and Other Products)

I am normally very much a function over form kind of guy—if it does something cool, I don’t care if it’s ugly or makes me look like a Martian. But my head was uncharacteristically turned by the Lexon DesignBluetooth speakers, whose designers are good enough to be snapped up by Jony Ive someday. Apparently, the Museum of Modern Art agrees—Lexon products are in its store. The MINO series 🎁 is a baby Bluetooth speaker that comes in multiple colors and flavors including a version with dual speakers that provides stereo sound, and another that floats. Sound from a single MINO is a tad louder and slightly less distorted than my internal MacBook Pro speakers. The MINO has an internal mic for speakerphone calls. The MINO and Twin MINO cost $29.90 and $49.90, available in Q1 2019; the MINO X is $39.90 and will be available in Q2. Also of note: the Hellonite lamp that attaches to a window with a base that doubles as a solar charger (available Q1 for $39.90), and the Oblio vase (available Q2 for $79.90) that serves as a Qi charging station and UV sanitizer for your iPhone. Because as we all know, unsanitary phones can wipe out civilization. 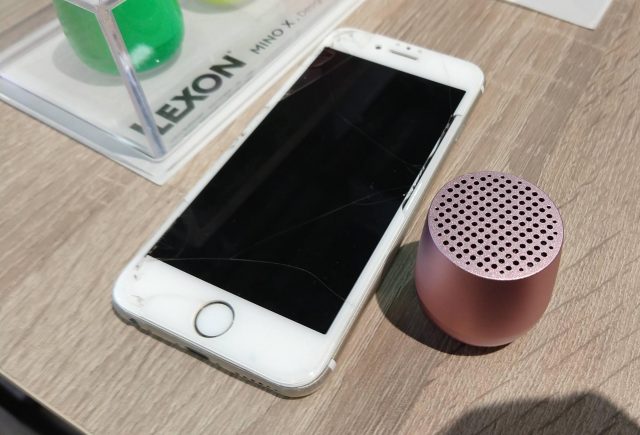