The big day is here, and public betas are now available for some of Apple’s next round of operating systems: iOS 14, iPadOS 14, and tvOS 14 (the public betas for macOS 11 Big Sur and watchOS 7 are listed as coming soon; you can download the macOS Public Beta Access Utility now, install the necessary profile, and you’ll be offered the Big Sur public beta once it ships). 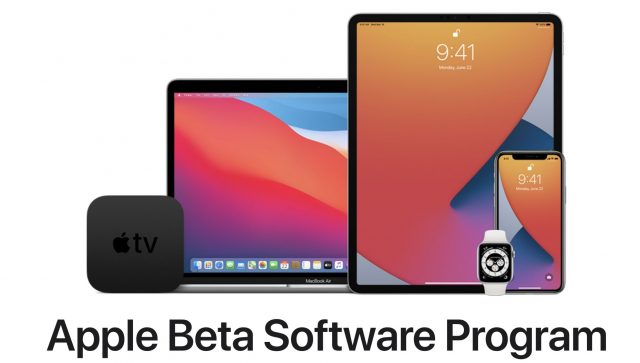 These betas are public and open to everyone, but be advised that putting these on your primary machines isn’t smart. Let us rephrase that. Putting an operating system beta on a device that you rely on to function would be really dumb. While these betas are some of the most stable we’ve ever seen (likely due to Apple rejiggering its development process after the botched releases last year, see “Six Reasons Why iOS 13 and Catalina Are So Buggy,” 21 October 2019, and “iOS 13 Bugs Cause Apple to Overhaul Software Testing,” 25 November 2019), crashes and misbehaviors are possible—even likely—at any point in the beta cycle.

To try one of the betas, go to Apple’s public beta page, sign in or sign up, choose your operating system, and follow the instructions, which usually involve installing a special profile on your machine and then updating its operating system. (You can also jump right to the Guide for Public Betaspage to access the downloads if you like.)

When the Big Sur public beta becomes available, be aware that while APFS made it easy to install the macOS 10.15 Catalina beta alongside macOS 10.14 Mojave, there are problems with that approach in Big Sur. Buried deep in the developer beta release notes is this warning:

In other words, if you install the Big Sur beta in a container alongside Catalina, you won’t be able to update Catalina. Instead, you’ll want to create a separate partition for Big Sur on your test Mac or just install over the current operating system if it’s a sacrificial machine.

And remember, the main reason to test public betas is so you can report bugs, so be sure to revisit David Shayer’s advice in “How to Report Bugs to Apple So They Get Fixed” (17 June 2020).