I’m always bemused when I discover myself adopting one of my son’s expressions, and my immediate reaction was a teen-speak refrain from his high school years: “Wait, what?”

I had no idea that Apple deleted iCloud backups after 180 days, and a quick poll in the TidBITS Slack channel showed that it wasn’t common knowledge among other TidBITS staffers and contributing editors.

But a quick Google search revealed that the policy is far from new—I see perturbed iCloud users complaining as far back as 2014, and Take Control author Kirk McElhearn mentioned the fact in a 2013 Macworld article.

Apple does document this fact in various places, including in the iCloud User Guide, the Manage Your iCloud Storage support document, and the iCloud Terms and Conditions. But if you were expecting that you might be warned about such a limitation in the iOS interface, such as on the screen where you enable iCloud Backup or learn more about what’s backed up, you’d be disappointed. 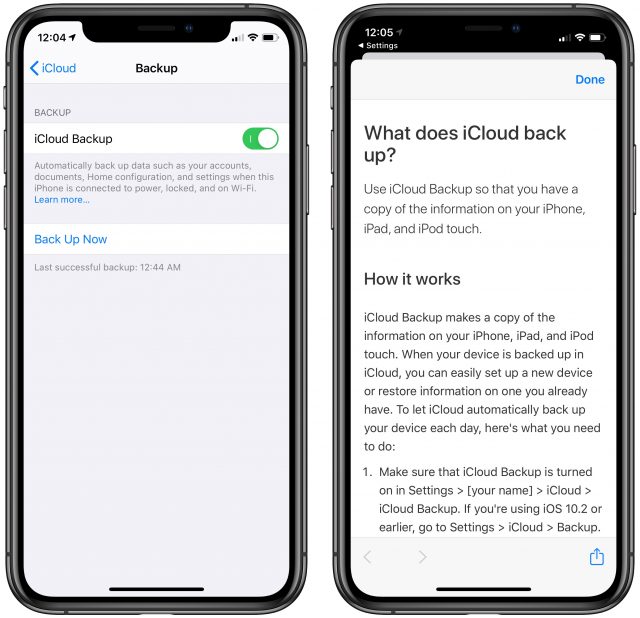 Apple’s acknowledgment of the deletion policy is not quite as hidden as the plans for demolishing Arthur Dent’s house in The Hitchhiker’s Guide to the Galaxy. But the effect is roughly the same if you were planning on restoring from your iCloud backup, only to discover that Apple had deleted it, with the only warning being in support documents you’ve never read. 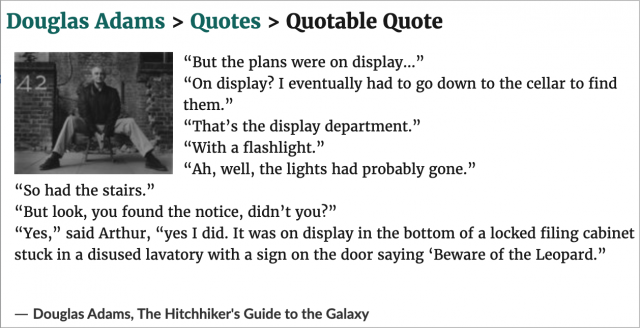 On the one hand, it makes some sense that Apple would want to delete device backups—which can be quite large—that no one is ever going to want to use again. With hundreds of millions of devices backing up to iCloud, the storage requirements boggle the mind.

But on the other, what was Apple thinking?!? Deleting a user’s one and only backup, particularly without clear documentation in the user interface and express warning of the pending deletion, is simply unacceptable.

Of course, most people will never run into this problem. It’s unusual that someone would make a backup and then let it sit for over 6 months before wanting to restore. Unusual, but far from impossible. Walter had backed up a dying iPad and was saving the money to replace it, assuming that he’d be able to restore because he was paying Apple every month for 200 GB of iCloud storage space.

Apple clearly already has a scheduled process that checks backup age and deletes backups over 180 days old. It can’t be that difficult for Apple’s engineers to adjust that process to send out an email message to the user saying:

Your iCloud backup for “Adam’s iPad 2” made on January 1st, 2020, expires on June 30th, 2020. It will be deleted after that unless you make another backup using that device before then.

Even better would be to include in that email message a link the user could click to reset the 180-day counter. That would let people like Walter prevent the backup from expiring until they could restore it.

In the meantime, if you want to ensure that an iOS device backup sticks around indefinitely, you’ll need to back it up to your Mac, using either the Finder in macOS 10.15 Catalina or iTunes in previous versions of macOS (there are other differences between the backup types as well, though the 180-day limit isn’t mentioned). Unfortunately, local backups can consume significant space (my iPhone 11 Pro’s backup is over 67 GB). Plus, they must be stored in ~/Library/Application Support/MobileSync/Backup/, which is problematic for those with small boot drives—that was why Walter was using iCloud Backup in the first place.