Alternative Ways to Protect Yourself from Being Spearfished

If you, or people you know, have a public presence, high net worth, or something desirable to online thieves, conventional security best practices may not be sufficient. Increasingly, online thieves are targeting individuals directly via a technique called “spearfishing,” which relies on the shocking ease of stealing a cell phone number and then using it to reset passwords (see “SMS Text Message Login Codes Autofill in iOS 12 and Mojave, but Remain Insecure,” 4 October 2018). Authenticator apps are the generally accepted solution to this problem, but they can be problematic for a number of reasons, including being too difficult to use for non-technical users.

My partner Caroline Green and I co-own a Mac consulting firm in Manhattan. This year, we’ve seen two cases of spearfishing and heard of several others. In the cases we worked on, several critical accounts were stolen, such as email, domain hosting, and social media sites. While we were able to recover most of them eventually, there’s no guarantee that we could do so successfully in other situations. Further, the accounts were inaccessible for days, and reputation damage could have easily occurred via abuse of the accounts.

We worry that spearfishing will become more common as the tools and techniques of malicious actors become more sophisticated and widespread. The challenge for us as consultants and tech experts is to be able to offer our clients—especially those with high profiles or high net worth—comprehensive online security in a way that is easy for them to manage.

We came up with a technique that uses Google Voice text messages as an alternative to authenticator apps—although it requires a bit more setup, we think it’s easier to use and understand, plus it acknowledges some people have to allow trusted assistants or consultants access to their accounts. Our goal in sharing this technique is twofold. First, we hope that it might help other people looking for a similar solution, and second, we’re hoping outside scrutiny will reveal any potential weaknesses or vulnerabilities.

Where Are You Exposed?

Your Cell Phone Number Is the Weak Link

Even if you do all of the above, you may not be safe. One of the two account thefts we saw involved a sophisticated attack in which the victim—who used strong passwords and a password manager—had thieves port his cell phone number from his SIM card to theirs. Once they had a phone with the victim’s phone number, it was trivial to gain access to his accounts by requesting password resets, since the confirmation codes were sent by text message.

You’re probably wondering how this could have happened. The thief used social engineering to persuade someone at the victim’s cellular provider to transfer the number. Lest you think that’s an unlikely scenario, consider it from this angle: anyone from anywhere in the world can call your carrier’s customer service, and every single employee who answers the phone has the capability of putting your number on another SIM card! That’s a lot of exposure. Most carriers offer a transfer lock, passcode, or PIN that they’ll require before porting a number.

I called my carrier and activated a PIN, and I keep it in my password manager. I strongly advise that you do the same—here are informational links for AT&T, Sprint, T-Mobile, and Verizon. However, I don’t want to rely solely on a carrier transfer lock. I don’t know how well they are implemented, and I assume that some thieves are really good at what they do and may be able to talk their way around it.

The Problem With Authenticator Apps 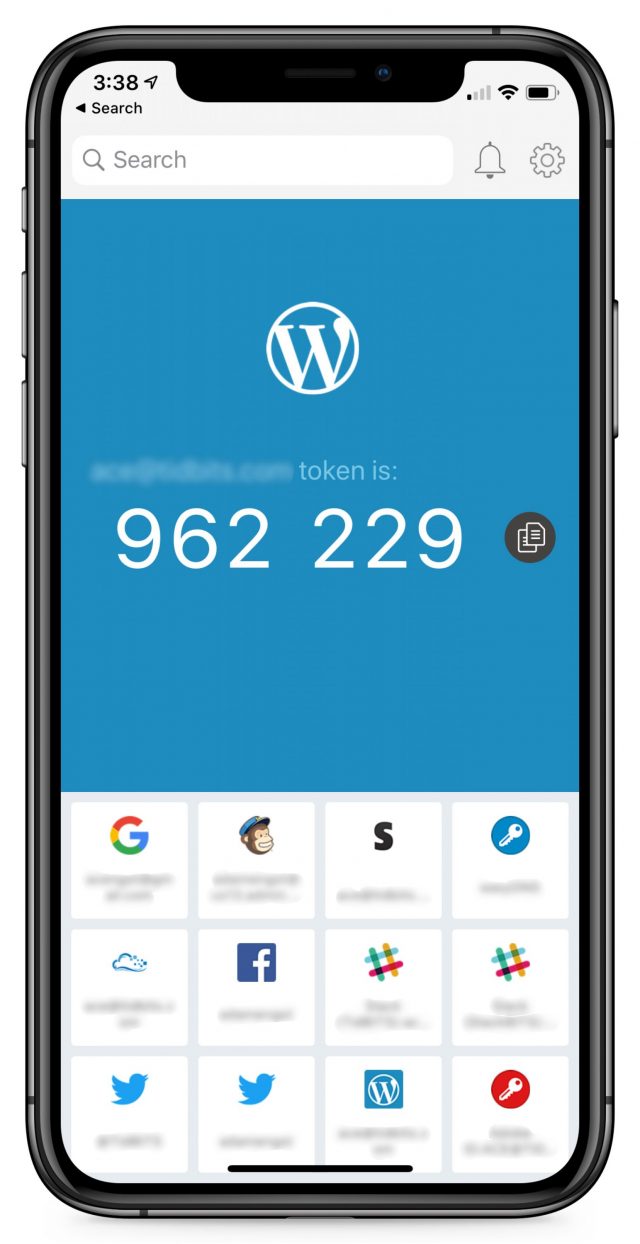 The problem that we’ve found with standalone authenticator apps is that they’re not especially well designed. Our clients have difficulty setting up new accounts in them, and the apps are difficult to use even once set up. They’re serviceable for you and me, but I’m thinking about people who don’t read TidBITS. Even people who are already using a password manager that has authenticator app capabilities would have to scan QR codes and absorb concepts like “time-based one-time password” in order to set up 2FA.

Furthermore, for people like you and me, standalone authenticator apps have liabilities:

1Password (and perhaps other password managers) elegantly addresses many of these concerns, such as by putting the security code on the clipboard during autofill, and notifying that it has done so. But even 1Password is not without its own issues:

We went looking for another solution.

Google Voice is a free service that gives you a phone number suitable for both calls and text messages. You can access it via the Google Voice iOS app or a Web browser, and both can provide notifications. 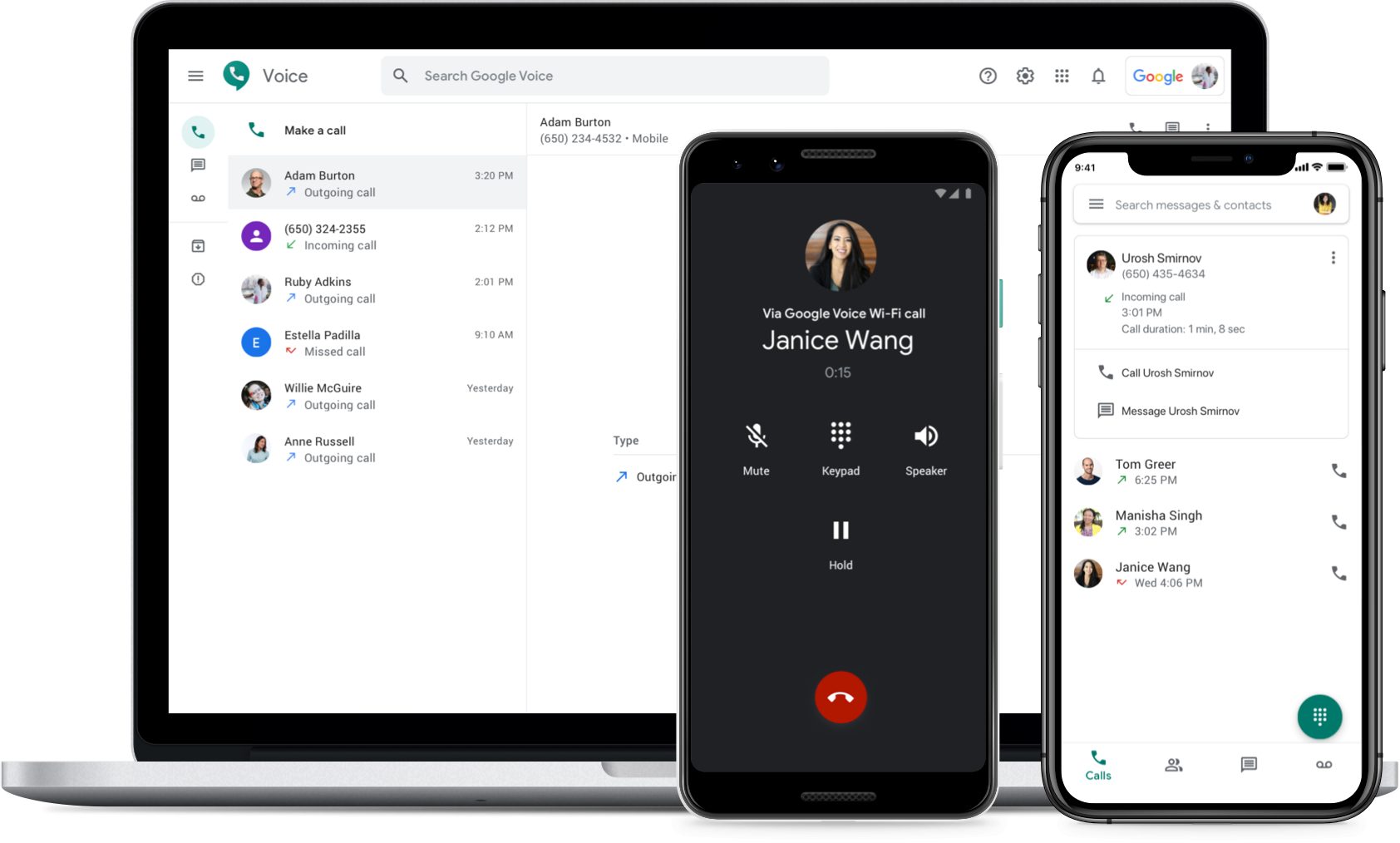 The Google Voice service is attractive because it solves a lot of the problems we discussed with real cell phone numbers and authenticator apps:

Our approach is to create a new Gmail account—with no real, identifying information in the email address, first name, last name, or birth date fields—to host this Google Voice number. Then we add the Google Voice app to the user’s iPhone (and iPad if necessary) and sign them in. Because the account email address in no way identifies them, and is used for nothing other than hosting the Google Voice number, a thief should never come across it. And, even if one did, they wouldn’t know to whom it belongs. (If you do try this Google Voice approach, be sure to remove your real cell phone number from your account, which is added by default during setup. If you don’t, an attacker stealing your cell phone number would still get the Google Voice text message codes. Also disable the default forwarding of text messages to your email address.)

With a strong password, the Google Voice account is secure. What if those credentials were to be lost? This may be overkill, but for account recovery of the Google Voice account, should it be needed, we use another non-identifying email alias associated with the user’s iCloud address. The actual, non-identifying iCloud account behind the alias can either be checked directly or forwarded to our client’s actual email. So, if a thief were to discover the recovery address for the Google Voice account, they couldn’t log into anything with it. We also record the account creation date and fake birthday, as Google may ask for them during account recovery.

The most significant disadvantage that we can see to this Google Voice approach is that if you don’t send a text message or make a phone call every six months or so, the number expires. Google warns you about this, of course, but it is best to be proactive, as we are for our clients. It’s a good idea to forward all mail sent to the Google Voice account’s Gmail address to an actively checked account, so that any warnings sent by Google are seen. It would also be smart to set a biannual reminder on a calendar as well.

Some Web sites may reject a Google Voice number or may not accept text messaging as a primary means of 2FA. I have seen this in a handful of cases; for example, Facebook will not accept a Google Voice number unless it is the first number you add to the account. CrashPlan supports only authenticator apps, and not SMS. For these kinds of accounts, you would need to make a strategic decision whether to use an authenticator app (or a password manager that acts as one), the real cell phone number, or do without 2FA. Also, some Web sites don’t support 2FA at all (I’m looking at you, Spotify). 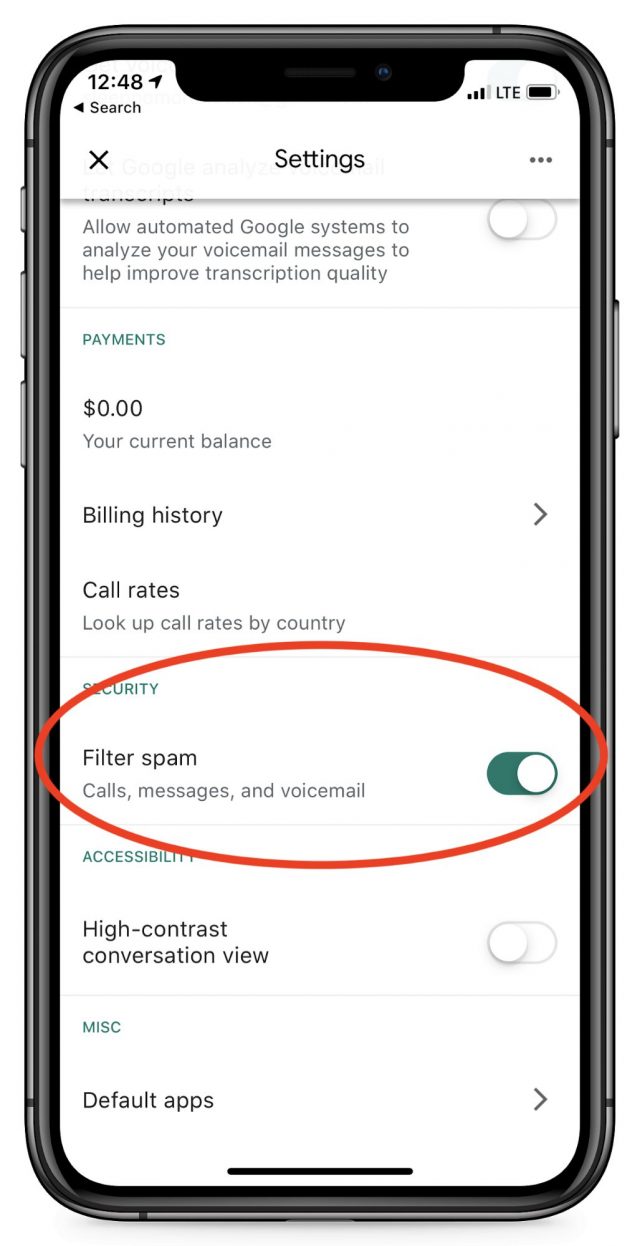 Adam Engst suggested another possible downside, which is the possibility of the Google Voice number receiving spam calls. We need to advise our clients to ignore all calls and voicemails in the Google Voice app. Better still, in the Settings area of the app, you can disable incoming calls, as well as filter possible spam, although this creates the risk of missing an important code if Google misidentifies it.

Finally, Google Voice is one of Google’s more peripheral products, so who knows if the company might drop it one day. Nonetheless, Google would likely provide sufficient warning for users to make alternate plans.