Don’t Close Your MacBook with a Webcam Cover Attached

Apple has published a support article that warns against closing the lid of a MacBook, MacBook Air, or MacBook Pro if you have a webcam cover installed because it could cause expensive damage to your computer. That should be obvious to anyone who owns one of these Macs because the clearance between the screen and keyboard is so tight that the keys often leave an impression on the screen. However, it was apparently enough of a problem that Apple felt compelled to publish a support document on the topic. In short, never close your laptop screen on anything much thicker than a piece of paper or you’ll almost certainly damage the screen.

Such webcam covers became popular after Edward Snowden’s revelations that government agencies could tap into a webcam without your knowledge (see “Keeping Up with the Snoops,” 10 December 2013). Apple recommends against using a hardware cover, and instead suggests that you look for the green webcam indicator light, noting that the webcam cannot turn on without activating the indicator light. However, that isn’t entirely satisfactory since users have no way of knowing if malicious software could override the indicator light. Lenovo solved this problem handily in its ThinkPad line with the ThinkShutter, a built-in physical webcam shutter. It’s hard to imagine Apple building such a physical shutter into its laptops, but it’s equally hard to see people trusting Apple’s claim that the indicator light can’t be hacked in software. 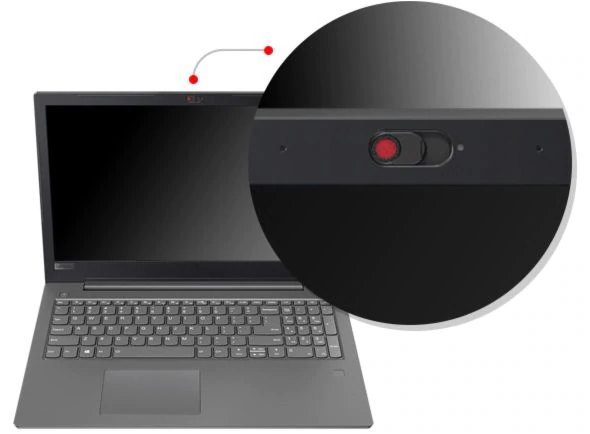