Hey Fourteen: When Numbers Get Siri-ous

Periodically, Google Analytics sends me a report with various statistics related to traffic on the TidBITS Web site. Seldom does it reveal anything interesting, but the last one I got showed that we had been receiving hits for some seemingly odd searches about Siri, all revolving around what happens when you say the number 14 to Siri. Google was sending people to our site because of Scholle McFarland’s article, “14 Siri Tricks You Can Use Right Now” (7 March 2019), but that article wasn’t going to answer their questions. 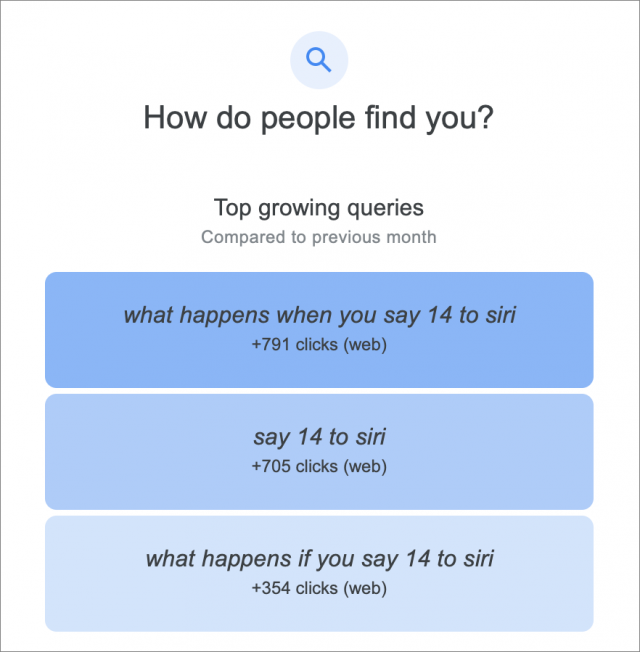 Curious as to why anyone would be reciting numbers at Siri, I invoked Siri on my iPhone and said, “14.” You can imagine my surprise when I was presented with an emergency call screen and a 3-second countdown. I tapped Cancel quickly, not knowing what would actually happen. (I subsequently confirmed that Siri would have called 911 here in the United States and presumably whatever your primary emergency number is wherever you live.) 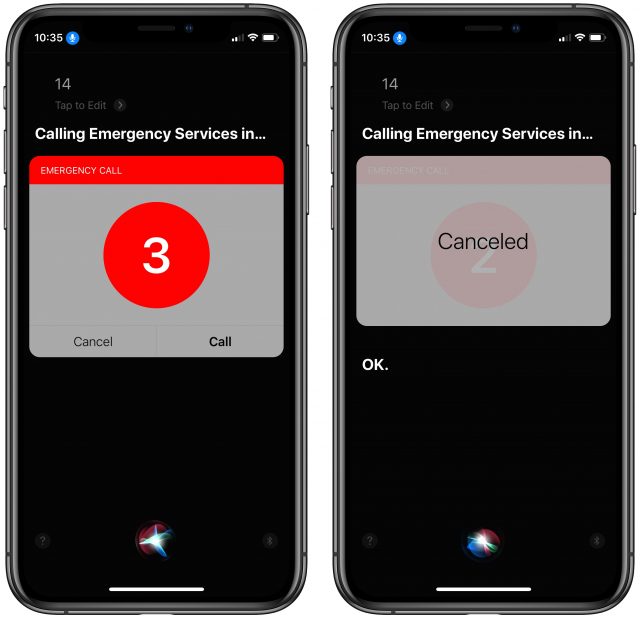 A little research showed that Siri recognizes 14, along with at least 15, 17, and 18, as emergency numbers in some countries, but it doesn’t require you to be in those countries. Needless to say, I had to try them all. 14 usually called emergency services immediately, and 15 did once, but most of the time, 15, 17, and 18 showed a less stressful interface that didn’t call automatically.

What about other one- and two-digit numbers? I tried them all—well, into the twenties, anyway, with some higher spot checks. Siri’s responses varied a little. With numbers under 14, Siri mostly played dumb, although several times it interpreted my number as a desire to create a calendar event. (Numbers skipped below used the same set of responses.)

Siri was the most unsure about 16, never interpreting it as an emergency number. Just hope you don’t need to report a fire in Pakistan! But it is nice to learn, in case you weren’t clear on the concept, that 16 is an even, non-prime integer.

Similarly, 19 was never recognized as an emergency number even though Wikipedia claims it calls ambulances in Djibouti and police in Morocco. Interestingly, once I got over 20, the response about not being able to call an MMI or USSD number became consistent.

What are those? It turns out that USSD stands for Unstructured Supplementary Service Data and is a communications protocol used by GSM-based cell phones to talk to the carrier’s computers. It’s commonly used to check the available balance on prepaid GSM phones. MMI generically stands for Man-Machine Interface, and MMI numbers appear to be the codes you would enter to, for instance, forward your calls to another phone number. They’re hardcoded into every device.

As to why Google searches asking about Siri and the number 14 have suddenly started hitting our site, I couldn’t say—the emergency calling feature isn’t new. But it was a fun excuse to learn more about Siri, emergency numbers around the world, and geeky telecommunications protocols.