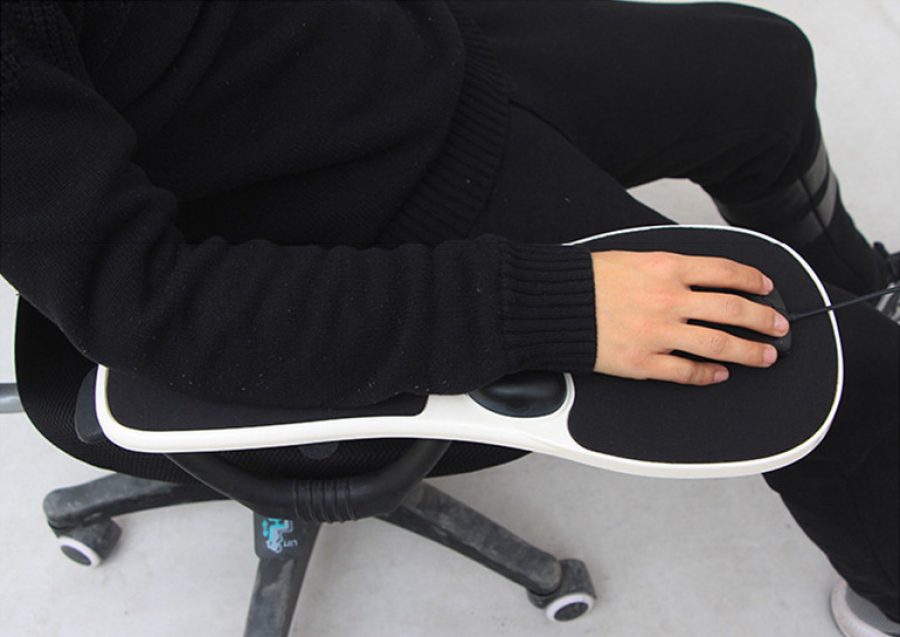 After publishing “Anker’s Vertical Mouse Provides Cheap RSI Relief” (7 December 2018), I heard from many of you who also use a vertical mouse or are thinking about trying one. What I didn’t reveal in that review is that I’ve also been testing another accessory that further optimizes the vertical mouse’s ergonomics: an armrest-mounted mousepad.

While a vertical mouse relieves forearm strain by putting your hand and wrist in a more natural position, extending your arm to reach the mouse on your desk might still cause some pain in your shoulder and upper arm. You may also find the corner of the desk painful against your wrist, as I did.

I decided that if I could somehow use my mouse on my chair’s armrest, that would solve the problem. A bit of searching revealed just the ticket: the Skyzonal Ergonomic Adjustable Wrist Rest, which costs $29.99 from Amazon. But that price seemed steep for a piece of plastic, so I turned to AliExpress, where I found the same product for $17. It took about a week to arrive, but it’s always a crapshoot when ordering direct from China, so if you’re in a hurry, it might be worth paying the Amazon markup. 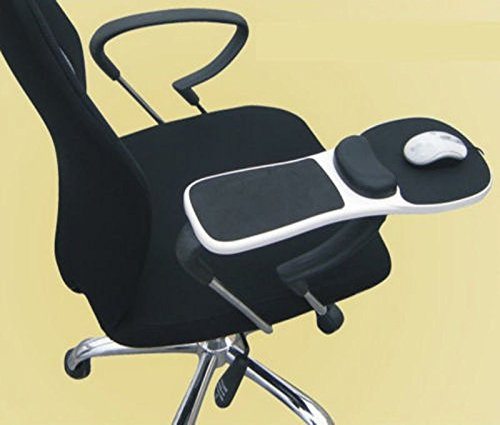 The soft, black mouse pad gel material on both ends makes the armrest more comfortable than a DIY solution would likely be. I’ve also been pleased with the included wrist rest, which has just the right amount of give and a nice, smooth texture. Many gel wrist rests are covered in a rough synthetic material that feels awful to me. 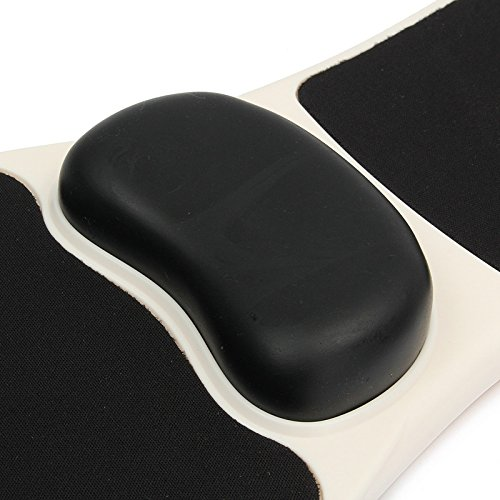 The problematic thing about this wrist rest is that its included straps aren’t nearly long enough to wrap around my chair’s armrest, something I had anticipated after reading Amazon reviews. I found a quick fix by channeling my inner Red Green, duct-taping the thing to my expensive Herman Miller Aeron chair, which worked better than expected. I eventually purchased some 27-inch Velcro straps, which are maybe a bit too long, but do the job quite nicely. The AliExpress listing for the mouse pad implied that it would include a  desk clamp that would theoretically serve as an alternative to the straps, but there was no evidence of it in my package.

You might guess that there is some inherent awkwardness when using a mouse from your chair, and you’d be right, but I find the trade-offs worth it. I have to be careful when moving the chair so I don’t knock my mouse onto the floor, which happens more often than I care to admit. Another thing is, because I generally recline, the mouse tends to slide back onto the wrist rest. Before I take my hands off the mouse, such as when I need to type, I try to place the mouse against the wrist rest so it doesn’t slide around. I also had to disable the bottom-left hot corner for activating Mission Control, because I kept triggering it every time I let go of the mouse.

Typing took a bit of getting used to. I tend to scoot away from my desk while I’m just mousing, but I slide closer to type. I set the height of the armrest so that the mouse pad is an inch or two above the keyboard, which works okay, but prevents me from accessing the number keys. Also, I have to be careful not to tilt forward, which causes the mousepad to mash the keyboard. This is one time that not having a numeric keypad would be a win. 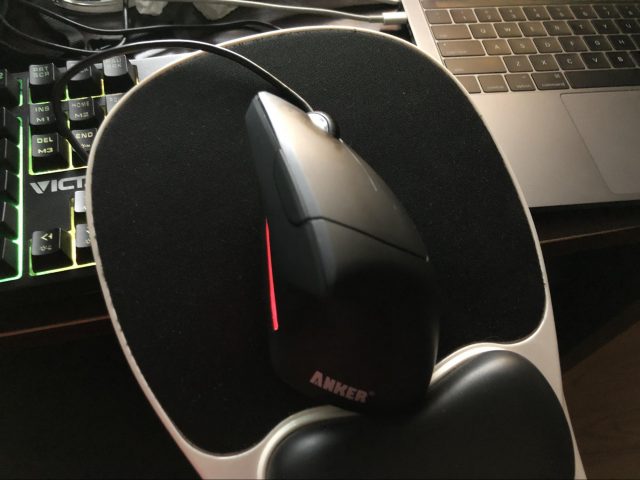 But the slight inconveniences that come with the armrest mouse pad are worth it because, for the first time in years, my right arm doesn’t hurt, regardless of how much mousing I do in a given day.