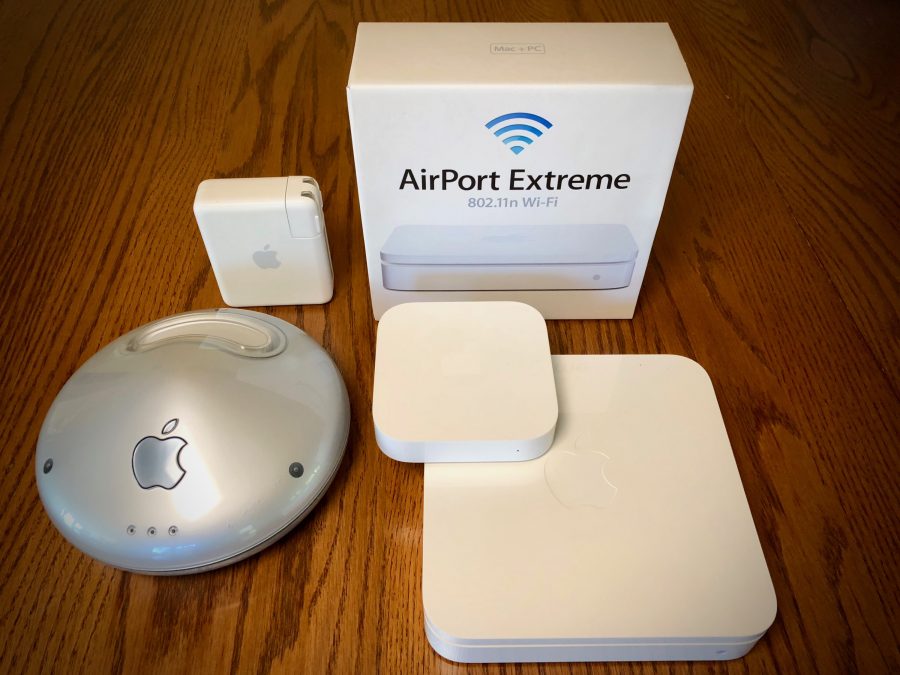 The AirPort line of wireless routers has passed away at the age of 18 after a several-year illness. Apple made the announcement to 9to5Macand other media outlets. Its passing was not unexpected by the Apple community.

When unveiled by Steve Jobs in 1999, the AirPort base station helped popularize wireless networking at a time when broadband was just entering homes. It went through numerous industrial design and hardware changes, and eventually split into three products: the flagship AirPort Extreme, the smaller AirPort Express with support for AirPlay, and the AirPort Time Capsule, which combined an AirPort Extreme with a hard drive for use with the Mac’s Time Machine backup feature. 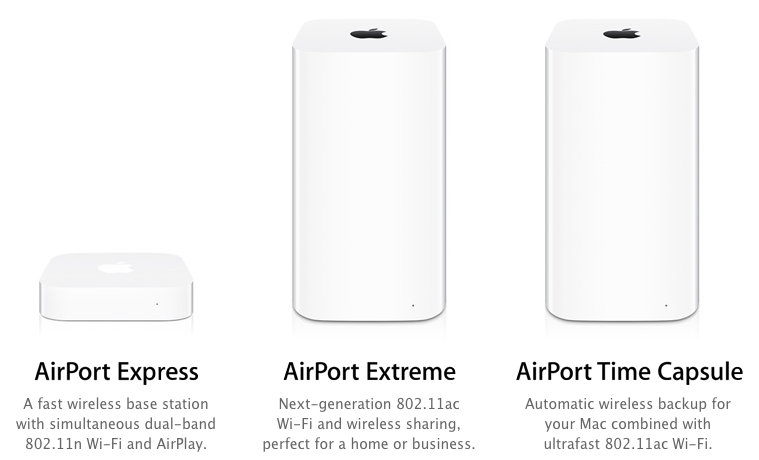 The AirPort’s decline was slow and hard to watch — Apple last revised the hardware in 2013 (see “802.11ac Promises Better Coverage, but Won’t Hit Advertised Speeds,” 13 June 2013). The writing was on the wall when Glenn Fleishman discussed possible replacements in 2015 (see “Alternatives to Apple’s Wi-Fi Base Stations,” 22 December 2015). While Apple ignored its AirPort base stations, the wireless industry was evolving, with mesh networking products like Eero becoming popular (see “Eero Provides Good Wi-Fi Coverage in a Handsome Package,” 25 June 2016).

iMore’s Rene Ritchie suggested in a YouTube video that Apple decided that Wi-Fi routing has essentially become a solved problem and that it had nothing else to contribute. There’s truth in that — for most people, inexpensive wireless routers work well these days, and for those with larger spaces, mesh systems like the Eero have eliminated the hassle of extending networks. I use a Wi-Fi router that I rent from my ISP for $3 per month, and it works great.

(Some people seem shocked that I rent a router. When you consider that a good router starts at around $150 these days — Wirecutter’s current recommendation is more than that — and that a router generally lasts about 3–4 years, I’m paying less than $150 every 4 years for a commercial-grade router that will be replaced for free if it malfunctions. I explained my rationale in “How to Ensure High-speed Internet Access When Buying a New Home,” 18 May 2017.)

If you still use an AirPort router, don’t panic. Your device will continue to work fine for the foreseeable future, and if major security issues come to light, Apple will likely release a firmware update, as it did late last year for the KRACK vulnerability (see “AirPort Base Station Firmware Updates 7.6.9 and 7.7.9,” 12 December 2017).

Those who are invested in AirPort hardware for some reason can keep buying them while Apple’s stock lasts. We don’t recommend that for most people, though, and would encourage you to check out Wirecutter’s guides to routers and mesh-networking kits.