Thanks to TidBITS readers who alerted us that Apple last week updated third-generation Apple TVs with Apple TV Software Update 7.6, which advertises itself only as providing “general performance and stability improvements.” Unfortunately, the opposite seems to be true.

Earlier in the year, third-generation Apple TVs had been having problems playing YouTube videos. Those problems may have been the result of the Apple TV Software Update 7.5, or they may have been related to changes at YouTube, but regardless, Google made a change that seemed to fix them.

Third-generation Apple TV users are now experiencing crashes when pausing YouTube videos, and others are having intermittent AirPlay problems that include freezing and audio-only over a blank screen. The only workarounds are to wait 90 seconds for the Apple TV to time out and reload the Home screen, or to restart the Apple TV either by pressing the Menu and Down buttons on the remote simultaneously or by power-cycling the unit. There are also problems with loading Apple TV+ shows promoted in the What to Watch area at the top of the Home screen, though they load fine when accessed from within the Apple TV app. 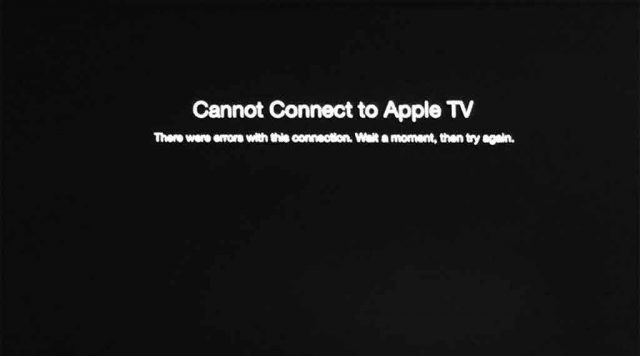 It’s apparently possible to downgrade a third-generation Apple TV, but it requires some potentially iffy software downloads and connecting the Apple TV to your Mac. Regardless of whether you want to color outside the lines with an unsupported downgrade, we recommend submitting feedback to Apple and calling Apple support to make sure the support reps are aware of the problem. Otherwise, it’s unlikely Apple will learn of these concerns.

Situations like this are frustrating. On the one hand, it’s great that Apple continues to update an obsolete product like the third-generation Apple TV that hasn’t been on the market for almost four years. But on the other hand, if you’re going to release an update to old hardware, Apple, make sure you get it right and pay attention afterward!