Apple has released macOS 12.0.1 Monterey, iOS 15.1, iPadOS 15.1, watchOS 8.1, and tvOS 15.1. The iOS, iPadOS, and tvOS updates mark the debut of the delayed SharePlay, which remains in testing on macOS. Monterey brings the Shortcuts app to the Mac, along with other features first introduced in iOS 15.

As promised, Apple today threw back the curtains on macOS 12 Monterey. We won’t attempt to reiterate all the changes that Apple lists on its Monterey feature page. Most of the new features will sound familiar because they’re shared with iOS 15 and iPadOS 15, including Shared with You, Focus, tags in Notes, Quick Note, Live Text, and so on.

Here are some of the most interesting Monterey highlights:

Monterey is the most incremental macOS update in years. macOS 10.15 Catalina dropped support for 32-bit apps, and macOS 11 Big Sur overhauled the macOS interface and added support for Apple silicon. While we recommend that most people wait a while to upgrade from macOS 11 Big Sur in case any major bugs crop up, it’s not the leap into the unknown that the last two macOS versions were. However, if you’ve been hanging on to an older operating system (as I did with 10.14 Mojave for two years), you should be planning when and how you’ll upgrade (see “Why You Should Upgrade (On Your Own Terms),” 4 September 2015).

The only major bug I’ve experienced with Monterey has been in Notes, where none of my notes would show up. This may have merely been a beta quirk, but I fixed it by closing Notes, turning off Notes in System Preferences > Apple ID > iCloud, opening Notes, closing Notes, and then turning Notes syncing back on.

If you want to live on the bleeding edge, you can install Monterey in System Preferences > Software Update. It weighs in at a whopping 12.13 GB on my 2019 iMac running Big Sur. Block out plenty of time for the upgrade—it won’t be quick. Or do as we recommend and hold off for a while. 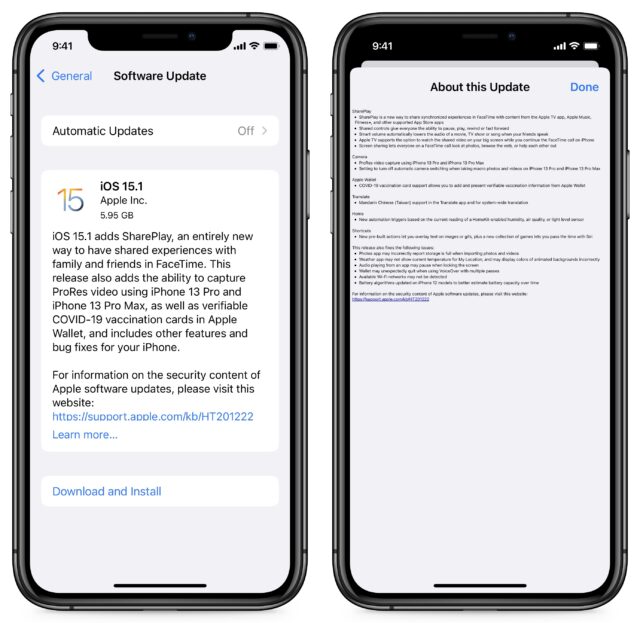 Another feature that some people will appreciate is the option to store a COVID-19 vaccination card in Wallet, initiating it from the Health app. The catch is that the organization that administered your vaccine must either be integrated into Apple Health or send you a SMART Health Card. You can open such a Health card in the Files app to start adding it to Health and Wallet. If your provider is registered with Apple Health, you can import your health records, including vaccination records, in Health > Browse > Add Account (at the bottom, under Health Records).

Some owners of the iPhone 13 Pro and iPhone 13 Pro Max will be happy that iOS 15.1 lets you turn off the automatic camera switching to enable the camera’s macro mode, although the switching seems smoother as well. The update also enables video capture using ProRes on those phones.

iOS 15.1 and iPadOS 15.1 also introduce some exciting new HomeKit features. For years I’ve had to jump through hoops to make HomeKit automations that would turn on the dehumidifier in my damp underground TV room, even though that capability is part of the backend system (see “A Prairie HomeKit Companion: The Elgato Eve Room,” 19 June 2017). Apple has finally made it so you can add automations based on air quality, humidity, or light level. You need a sensor like an Eve Room, which can detect air quality, humidity, and temperature. Then open Home and go to Automation, tap the plus icon, choose Add Automation, and then A Sensor Detects Something. 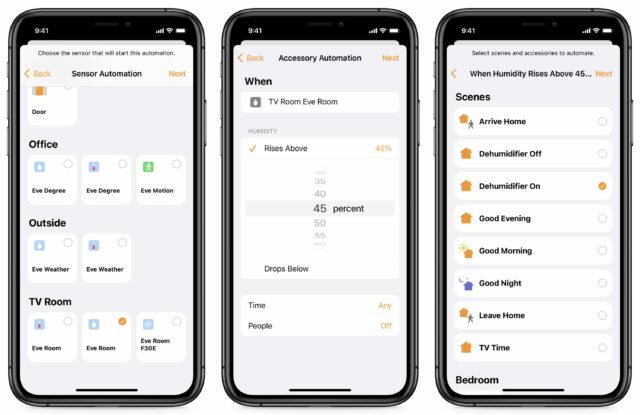 In my testing, iOS 15.1 has proven a bit buggier than previous versions. For example, sometimes, search doesn’t work at all. I recommend holding off a bit unless there’s a feature or bug fix you need or want—perhaps we’ll see version 15.1.1 fairly soon. You can install the iOS 15.1 update (1.44 GB on an iPhone 13 Pro) and the iPadOS 15.1 update (1.13 GB on a 10.5-inch iPad Pro) in Settings > General > Software Update. 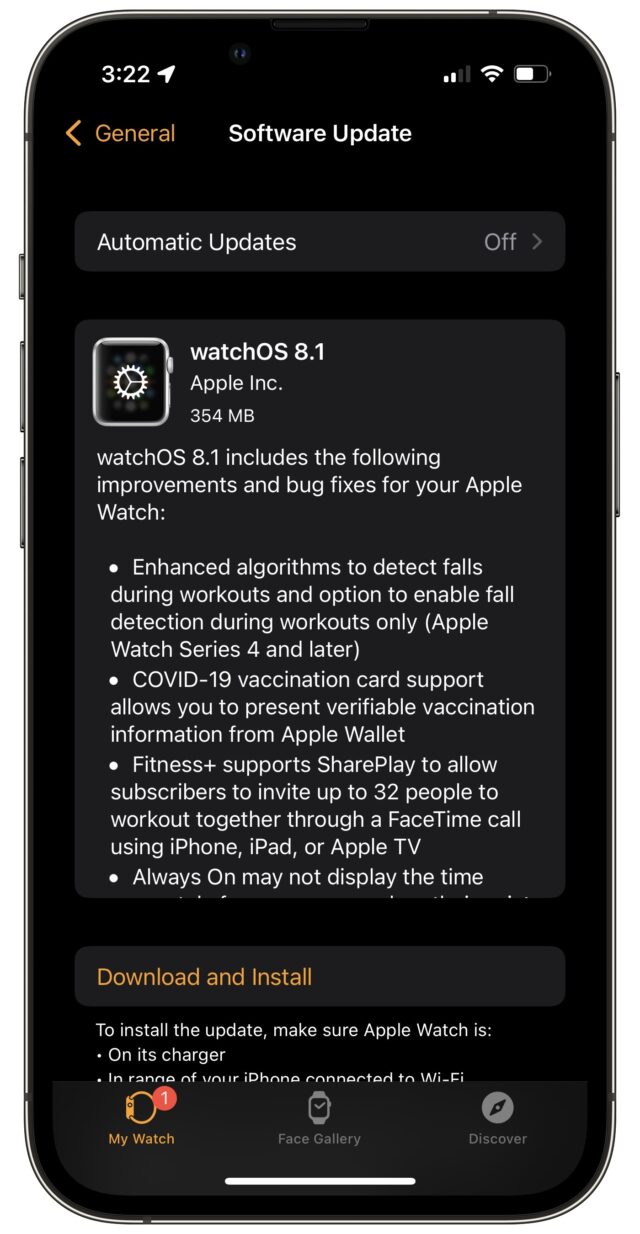 The watchOS 8.1 update is less exciting than macOS, iOS, and iPadOS. It includes:

You can install the update (354 MB on an Apple Watch Series 5) by going to My Watch > General > Software Update in the Watch app on your iPhone. Make sure your watch is connected to its charger and charged to at least 50%.

As always, the tvOS update is a bit mysterious, but we know tvOS 15.1includes support for SharePlay. You can install it by going to Settings > System > Software Update, or just let it install on its own.

When SharePlay content is playing on an iPhone or iPad, you can view it on your Apple TV by opening Control Center (press and hold the TV button on the remote) and selecting the SharePlay item.

Apple has also released HomePod Software 15.1, which adds support for spatial audio with Dolby Atmos and lossless playback from Apple Music. The 467.7 MB update should install on its own soon enough, but you can force it to install by opening the Home app, and if an Update Available button appears, tap it. Otherwise, touch and hold the HomePod tile, tap the gear icon to display the settings, and then tap Update near the top of the screen.

9to5Mac reports that, despite what the release notes say, the HomePod mini doesn’t support Atmos unless you connect a pair to an Apple TV and initiate playback from the Apple TV. We’re hoping that’s a bug since the hardware is capable of spatial audio output, and it’s weird to enable a feature for a discontinued product but not the current product. (It’s also odd that there’s a HomePod mini without a HomePod. Perhaps Apple hasn’t entirely given up on the big HomePod just yet.)