Most years at CES, I tell you when I’m at one of the sideshows that accompany the main floor because exhibitors there have an advantage over everyone else. These smaller shows are invite-only for the media, and we’re wined and dined. Unfortunately, I’ve had to go without my usual freebie Heineken and the Wynn’s excellent dessert bar this year—but I’ll still mention that these products were all from Showstoppers exhibits held throughout the week, because all of these products had an extra opportunity to rise above the noise.

During 2020, everyone with school-age children saw more of them than usual, and their children spent much more time at home staring at various screens. I fielded numerous questions from friends about technological aids to monitor and filter their kids’ usage of the Internet, and Circle was frequently mentioned in those threads by other parents. The Circle Home Plus is essentially an Internet firewall that blocks sites and activities based on certain heuristics, but its interface and features are geared to parents enforcing family guidelines.

Circle’s latest new feature came out at CES a year ago—a prescient “Focus Time” during which parents can set certain apps to unlimited time and block others—perfect for school hours—but its new salience makes the Circle Home Plus worth mentioning. According to Circle’s statistics, screen time is up across the board: 56.5% for children, 50.4% for teens, and 39.5% for adults. If you need more control over how that screen time is used, Circle Home Plus might be for you. It’s sold as a bundled subscription that includes the hardware: $69 for three months, $129 for one year, or $299 for lifetime. Additional subscription time costs $9.99 per month or $99.99 per year. 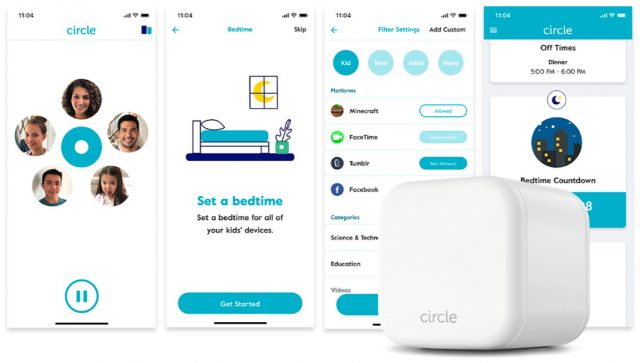 This may strike you as more Brave New World than anything you’d like to see in your upcoming technology, but you may not have a choice. DeepScore AI sells a technology to other businesses that enables them to conduct a video interview with prospective customers and grades them on their likelihood of lying to one or more questions. DeepScore AI purportedly accomplishes this with emotion and stress analysis in facial movements and voice tone. The company claims 88.9% accuracy—which may sound high, but a 1-in-9 false positive rate is worrisome. While Deepscore doesn’t appear to be used in any American products yet—it’s targeting the Japanese financial market first—something like this could be in your future. I’m concerned by any company with the Orwellian tagline, “Honesty makes you happy.” You can try a free demo on its Web site—and if you do, let us know in the comments because I felt a bit too squicked out to give the company my data. 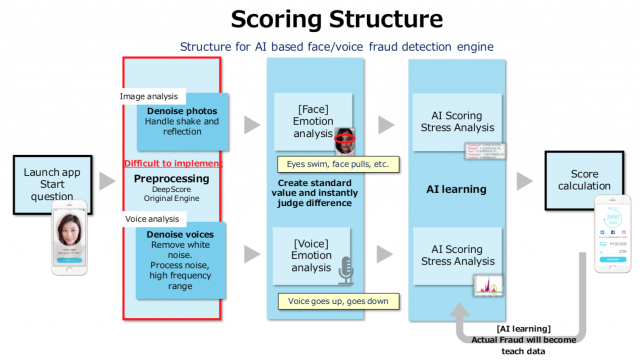 On my last international trips—which feel like they took place in 1987—I made liberal use of Google Translate to get me through interactions. But it was and remains awkward: both people have to crowd around the same phone, and most people I encountered seemed to prefer trying out their English, which was less than optimal for specific directions and some business transactions. So I’m interested in seeing if hotels buy Kotozna’s in-room translation service. The hotel guest is provided with a QR code they can scan in their room to download an app or launch a website. They can then use any of 109 different languages to communicate with a hotel operator who responds in their own language. Because it’s focused on hotels, the proprietor can have a library of documents and local discounts set up and ready to share for frequently asked questions. This would be exceptionally useful in Japan, where the company is based, to solve a cultural problem. In my experience, Japanese staff take such ownership and apologize so profusely for even trivial problems that my American standards are deeply embarrassed to have caused such distress. (I once had a Japanese policeman personally apologize to me for the confusing layout of a train station.) Pricing and availability are unclear, but Kotozna says it’s targeting the kind of mid-range hotels that are nice enough to attract an international audience but too small to be able to afford a multilingual staff. 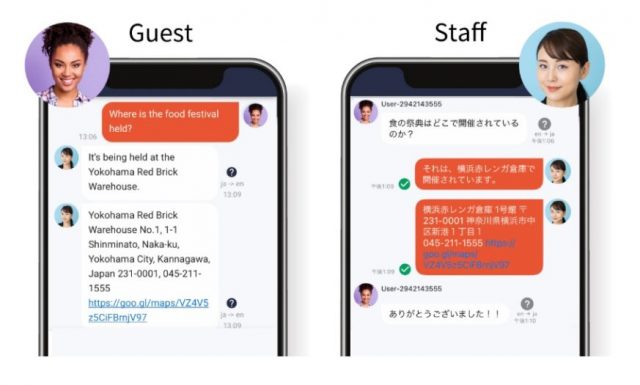 Is any technology more stereotypically futuristic than a flying car? Flying cars aren’t exactly new at CES (see, most recently, Aeronext in “CES 2020: Flying Cars, Smart Pillows, and Virtual Dog Fences,” 16 January 2020), but it’s always good to see a new competitor in the air. SkyDrive’s most interesting release is its timeline: a successful (but not particularly ambitious) test flight in 2020, a sales release in 2023 in what it calls a “social implementation trial,” mass production in 2026, and general adoption in 2028. Skydrive plans a model with two seats and a maximum load of 400 kilograms (880 pounds) that will cruise at 100 km/h (about 60 mph) at a height of 500 meters (about 1600 feet). No pilot’s license necessary—it’s all automated. With a battery lasting 20–30 minutes, you’ll be able to travel 20–30 miles on a charge, and SkyDrive acknowledges that one of many barriers to be overcome is setting up charging stations that will allow for longer flights. As with Aeronext, you may need to go to Japan to try SkyDrive, as that’s where the Japanese company is attempting to make regulatory headway first.

Most people are born with a bladder monitoring system that tells them when to go to the bathroom, but a wide range of illnesses can temporarily or permanently make it impossible to know to go. Triple W’s DFree bladder sensor provides a technological backup to physiology for those who need it. A matchbook-sized sensor is attached with surgical tape just below the waist, with a wired connection to a larger processing device that’s presumably carried in a pocket. Ultrasound waves from the sensor measure the contents and capacity of the wearer’s bladder, which the device then updates on the wearer’s phone. When it’s time to go, the phone gets a notification. The app also tracks prior bathroom visits so the wearer can use that data to make a schedule, hopefully ending urgent interruptions. Available now for $399.99, but only in the United States. 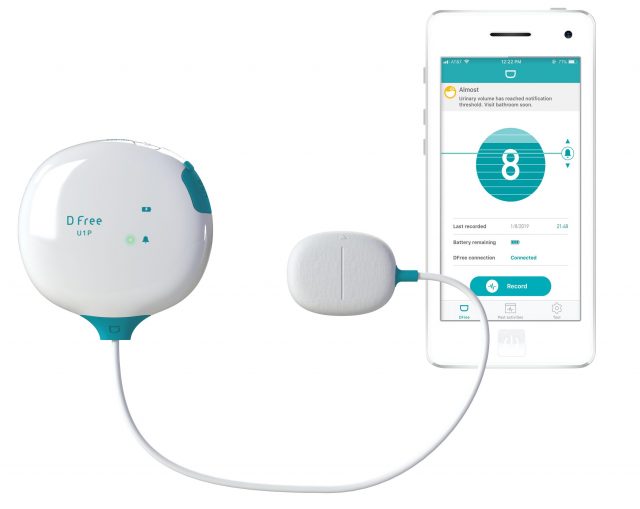 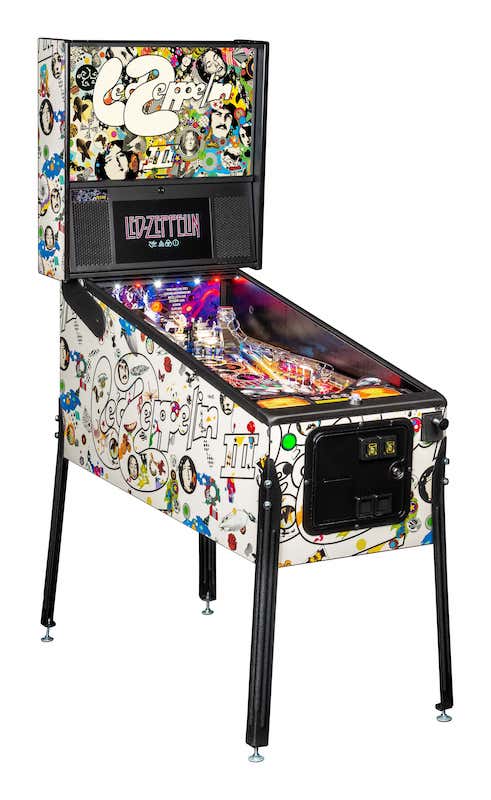 Stern Pinball gets my attention every year because I’m a fan of pinball, despite not being very good at it. Although the game has seen a recent resurgence in emulated form, Stern is the last major manufacturer still releasing new games. This year’s model: Led Zeppelin, so The Song Remains the Same for intriguing tie-ins. Unfortunately, for obvious reasons, I can’t tell you how well it plays—and with pricing starting at $6199, I’m not expecting to get a review unit—but I’ve had a Whole Lotta Love for the Good Times Bad Times I’ve had with Stern’s previous games.

It’s an open question whether civilization will end with a zombie apocalypse (as envisioned by the Centers for Disease Control and Prevention) or a robotic one (as explored by Randall Munroe of xkcd and “What If” fame). Two different Japanese companies make the robot apocalypse sound even worse with the corollary: what if the robots were mutant cat-like creatures? Because even the cutest kitten is a murder machine.

Yukai Engineering’s Petit Qoobo is a smaller version of its prior Qoobo robots. Both are ovals shaped like a frisbee that gorged itself on Kitty Chow with fattening results, with feline-reminiscent fur and no head or legs. Aside from the size, the biggest difference between them is that the Qoobo has a full-sized tail whereas the Petit’s tail has been bobbed. Which can’t help its personality.

Meanwhile, Vanguard Industries’ Moflin is more akin to a banana slug wearing a cat costume. Both express emotion: the Qoobo wags its tail, while the Moflin’s head is on a robotic neck, and both make sounds that are probably listed in GarageBand’s loops as “Cat or Human, Infant, Adorable.” Moflin’s AI is more advanced than Qoobo’s—Qoobo robots come out of the box “disliking loud sounds,” but Moflin has a Tamagotchi-like ability to develop a personality based on how it’s treated. So when your Moflin takes telekinetic control of your smart home, you’ll know whom to blame. On the other hand, Qoobos have a heartbeat, so it’s up to you to decide which is more terrifying.

As you might have guessed, both of these products fell squarely into my uncanny valley and couldn’t climb out of it. But given that there’s some evidence that robots are good for isolated seniors, it’s not inconceivable someone you know might want one. Only the original Qoobo is currently available, albeit not in the US: a Czech website sells them in Europe for 2999 koruna (about US$140), which is the best argument for Brexit I’ve heard. Petit Qoobos retail for approximately $110 in Japan but haven’t yet colonized other countries. Vanguard Industries’ Kickstarter is no longer available, but it listed a Moflin for 41,800 yen (about US$400) and claimed a June 2021 ship date; that page links to a page in Japanesewhere you can sign up for its mailing list.